Born and raised in the Waikato, Loretta joined FCU at the end of 2019, and brings banking and investment experience to the role of Branch Manager.

“Loretta and her family have a long history with FCU and her father Roly Coombes was a director. Loretta’s history with our Credit Union and knowledge of our community, coupled with her previous work experience makes her the perfect choice to manage our biggest branch in Hamilton” said Simon Scott, General Manager.

Loretta is looking forward to working alongside the team in Hamilton and is “excited to be part of a diverse organisation providing affordable products and services to the greater Waikato region. I love the non-bank community ethos that FCU has and I look forward to being a driving force in the growth and development of the organisation.”

As Hamilton Branch Manager, Loretta will be responsible for not only the day to day operations of the branch, but also community development- including, but not limited to fostering existing relationships and identifying community initiatives that align with FCU’s core philosophies.

FCU has been proudly offering products and services to everyday kiwis to help them achieve their financial goals, within their means and this year will be celebrating 65 years of business.

Loretta is excited to be appointed to the Hamilton Branch Manager role in a year that sees the Credit Union celebrate an important milestone and looks forward “to working with Management and staff to continue to grow the Credit Union and make a greater impact on our local community.” 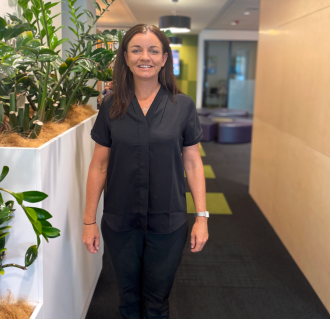